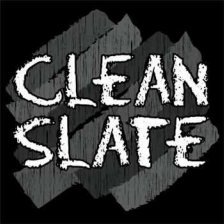 Clean Slate Milwaukee is a "second chance" organization that provides reentry services for young adults (17-25 year old) that have misdemeanor and non-violent felony convictions. Studies show that when individuals are involved in the juvenile detention centers as a youth, they often are confined later as an adult. Our mission is to reduce recidivism by breaking the "school to prison pipeline" and generational imprisonment.


"Expunge" under this section means to strike or obliterate from the record all references to the defendant's name and identity.
67 Atty. Gen. 30


Providing a fresh start and alternative directions for our endangered youth.
Students who enter the juvenile justice system face many barriers blocking their re-entry into traditional schools, and can be haunted by their criminal records later in life. The vast majority of juveniles involved adversely in the justice system never graduate from high school, and may also be denied student loans, public housing and occupational licenses because of their prior criminal records.


Children are now far more likely to be arrested at school than they were a generation ago. The vast majority of these arrests are for "non-violent" offenses such as "disruptive conduct" or "disturbance of the peace", yet has the capability of producing abhorrent life-long consequences.


African-American students suffer disproportionately from this dilemma simply because they are far more likely than their white peers to be suspended, expelled, or arrested for the same kind of conduct at school.